Are you feeling the heat this month? It’s not the sunshine or humidity. It is Independent Distribution Collective’s artists laying down hits — and they are on fire.

BLAZING
Castles In Spain have their album release party this Saturday, July 23rd, at Red Devil Lounge located at 1655 Polk Street, San Francisco. Doors open at 8 p.m. We look forward to seeing you there!

HEATED
Game Brothas’ track “PGA” got more than 8,000 plays within three days of dropping.  You can download the hot track here, for FREE http://gamebrothas.viinyl.com/?current_referer=&referal_code=37Y108

You may also shop for our artists at the IDC Facebook Store.

SPICY
“People keep comparing him to other artists, but I think he just sounds like Curt Yagi, and that is plenty good enough. This is one excellent singer and songwriter.”
– Ben Fong-Torres, former Senior Editor, Rolling Stone

SIZZLING
The Cuf, Sonicbloom, Lostribe and more IndieDistro artists will be performing live at CFO Recordings’ Slumper Party in Sebastopol, CA, September 17th beginning at 8 p.m. and will go late into the evening:

They just announced the steamy party and you don’t want to miss it.

After all this piping hot talk about how IDC continues to heat up the music-sphere, I think it’s time for everyone here in the office to tell us their favorite place in SF to cool down.  OK I’ll go first:

Ashley Lamp: “I’m a sucker for froyo.  My favorite is Working Girls’ Cafe on New Montgomery.”
Ben Lang: “I would go jump in the Pacific or head to a fabric store, they are always well air-conditioned.”
Jerome Forney: “Mitchell’s, Three Twins, Ben & Jerry’s on Haight, weird salty-yumminess at Mr. and Mrs. Miscellaneous in the Dogpatch…”
Steffen Franz: (Steffen was too busy having an important meeting to answer this.  I will add ASAP, as I know you are all on edge to hear his response!)

You stay cool out there, we aren’t!

Meeting with an up-and-coming mash-up artist this week (whose work has been compared to the likes of Pretty Lights and RJD2) has inspired me to post a three step how-to for creating your online buzz right now.

As many artists know, taking the first step to create your online presence can be overwhelming. Chances are you have said, “What the hell is Twitter?” or “Why would I devote hours of my day to writing witty posts on Facebook?” Well, my friends, read on for three steps you can take right now to quickly setup and easily maintain the major social media platforms necessary for you to create your online brand:

Step 1 (30 minutes): Create accounts on the top outlets for independent artists: Facebook, Twitter, ReverbNation, Bandcamp and SoundCloud
Step 2 (15 minutes): Keep track of your log-ins in a secure location so you don’t waste time searching for your passwords; LastPass and RoboForm come highly recommended across the Web.
Step 3 (15 minutes): Use multi-platform tools to publish to your accounts as well as track your followers. My favorite way to track and analyze traffic is Social Mention, and I recommend Hootsuite to send out one message across multiple platforms. With Hootsuite, your message will be blasted out to Facebook, Twitter, WordPress, MySpace and more, all with one click.

Listen up: Keeping track of your followers is necessary in order to analyze fan traffic when creating your buzz! Think of this as a way to track your return on investment (in this case time investment). Three months from now, you will see your fan base grow and will want to thank me for helping you start your buzz today – I accept cash, check or chocolate ice cream (kidding).

This post from musicianstogether.com is another way for independent artists to learn about different ways to grow their online community.

Onesheet is another option for artists to pull show dates, music, images and more from the multiple platforms you set up after reading this post onto one page.  All in less than two minutes.  After the initial setup, Onesheet will automatically update whenever you make a change on one of the platforms.  <via TechCrunch>

Independent Distribution Collective presents our 39th Solicitation just in time for placement for the summer season of 2011. We are excited about many of these new releases and are very proud to have a handful of legendary artists and bands joining IDC. Check out the overview of these new titles below, and feel free to visit our website anytime for more information on any of these artists or releases. IDC proudly welcomes these eight new titles:

Hip-Hop/Electronic duo Lostribe, comprised of NorCal lyricist Agustus ThElefant and veteran producer JustLuv, are back on the scene August 23rd 2011 with their extraordinary new album Sophie.  After five years spent developing and fine-tuning their respective careers, the two have reunited to craft an organic and progressive sample-based Hip-Hop album, laced with low-end bass, aggressive synth, and glitch.  Sophie features a stable of exclusive guest appearances including Talib Kweli, Casual, N8 The Gr8 of The Cuf, and many more. A blend of border pushing beats and fun-yet-meaningful lyrics runs through the album like a current.  Whether it’s “Break up Song” featuring Gift of Gab or the provocative “After the Lights On” featuring The Grouch, each track highlights the ever-expanding abilities of Lostribe as more mature, seasoned artists.

This is what you been waiting for!!! Sunspot Jonz and Luckyiam also known as the world famous underground group Mystik Journeymen return with their new full-length album in seven years “Return 2 the Love.” This    essentially is a “return” to what they “love” about underground hip hop music: raw lyrics and beats. The album   features guest appearances by fellow Living Legends members Scarub, Murs, Grouch, Eligh as well as extended family members Kirby Dominant, Bas1 and Marty James. The Journeymen first started on the Tascam four track with songs about life and love for yourself no matter how different or rejected the world might make you feel. This album is a classic, so if you are a fan of underground hip-hop music, this is a hot CD! 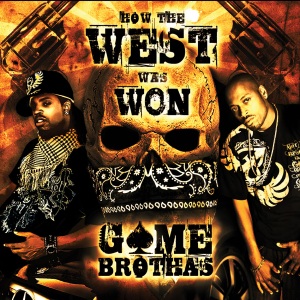 Game Brothas “How the West Was Won” CD

The Game Brothas exploded onto the national scene in 2009, when they recorded the track “Priceless” with Lil’ Wayne, on a Compilation EP. The track was leaked early and went viral. Today they are one of Oakland’s most buzz-worthy groups. What do you get when you combine hard street Rap with electronic club beats? And mix in a bit of Rock? The Game Brothas, a pair of young hustlers on the rise from Oakland, California named Halik Stewart a.k.a Nature Boy and Carmelo Lopez a.k.a. Mista Wonderful. Their debut album, How the West Was Won, set for a late summer release, dares listeners to party like it’s 2011! The album features local talents like GB right hand man, Mallski Wallski, Thomas Knockerson, and Tic Toc Da Titan.

After the release of his Nudroid Musik CD in November 2010, Jaswho was approached by a number of producers interested in remixing tracks from the album.  Over the past six months, Jaswho has been in contact with some of the biggest names in dance music getting remixes together for his follow up release titled, “Re:Droid Musik”. The Re:Droid Musik CD features remixes by Miles Dyson, Santiago/Bushido, Cold Blank, Calvertron, Aniki, Larry Fives, Hollywood Rox, Aaren San, George F, DJ Fame, 40 Thieves, Sunshine Jones, Ben Tom, Soulspin & more.  With remixes in a number of different genres ranging from Electro, Dubstep & Tech House, this is sure to be one of the biggest dance music releases of the summer.

Castles in Spain, referred to as “Bombay Zeppelin” by the San Francisco Bay Guardian, is proud to announce the release of their fifth studio CD,  Reminiscing Chapter V, on July 23, 2011. The ten track Reminiscing Chapter V, released on the Chameleon Music label, was recorded at Radiostar Studios and produced by Sylvia Massy, who has produced such iconic acts as Prince, Tool, System of a Down, Tom Petty, Red Hot Chili Peppers, R.E.M, Johnny Cash, and countless others. Castles in Spain is fronted by award-winning vocalist, guitarist, multi-instrumentalist, and songwriter, Biachi Notaro, who embodies the swagger of Joan Jett, heartfelt passion of Melissa Etheridge and Johnette Napolitano and melodic songwriting sensibilities of Linda Perry.

Junior X was born in Kingston, Jamaica and is touring the reggae festival circuit worldwide spreading his message of peace and upliftment. He makes music that addresses many important, including love, power, the environment and more while touching people of all races and nationalities. Junior X’s debut album “Plead My Cause” is a compilation of his best work thus far, capturing his message, “Jahstands for those who stand for themselves”. Junior X’s ability to sing with passion and authority makes his music extremely contagious. Distinctively unique in every way, this album is sure to uplift the spirits within its listeners. 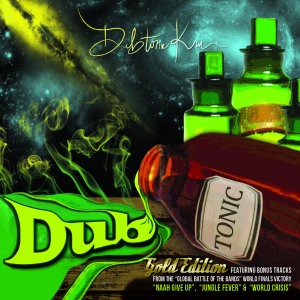 After a number of years of working as session musicians, co-producing and composing music for others as well as working as a backing band for a number of reggae’s pioneers, the founders of Dubtonic Kru, Jubba and Stone decided they wanted to bring their own music to the forefront. Their legacy in the studio has seen them making hit compositions such as The “I Swear” riddim for 5th Element featuring Richie Spice’s Marijuana, “Ready to Party” by Voicemail for Champagne records, “Downtown Girl” by D’ Angel among quite a number of other singles and albums by popular artists from Mighty Diamonds & Burning Spear to Junior Kelly & Bushman as well as producing an entire album for Jazz master Guitarist Ernest Ranglin. This album shines!

The Jaded Review is a hilarious satirical view on a wide variety of “hippie” culture covering basic archetypes including, Wooks, SNAGs (Sensitive New Age Guys), Featherhats, Burners, Ballers, New agers and their Feral Indigo children. The guide also contains helpful guides explaining different forms of hugs and what to do if hugged by a hippy. The Jaded Review has achieved cult status in the west coast underground due to its concise but loving critique of many illogical / idiosyncracratic aspects of hippie culture. The zines, for the most part, take a neutral, anthropological stance on hippie watching based on the author and friends collected observations.

Check out our Facebook page for artists’ events and industry news!