IDC Presents Our Round 41 “Fall” Solicitation

Independent Distribution Collective presents our 41st Solicitation just in time for placement for the fall season of 2011. We are excited about many of these new releases and are very proud to have a handful of legendary artists and bands joining IDC. You will also notice that IDC has slimmed down our back catalog and are now only printing a few one-sheets instead of a whole forest’s-worth. Check out the overview of our new titles below, and feel free to visit our website        anytime for more information on any of these artists or releases. IDC proudly welcomes these 7 new titles:

Taking the lead where Mad Lion and KRS-One left off with his blend of Dancehall and Hip-Hop, Reggae artist Winstrong is stirring up the Bay Area, building a reputation as a moving, high-energy performer and recording artist. The South American born artist is currently set to release Ghetto Hymns (M9 Entertainment) and features Jah Dan, M1 of Dead Prez, Haiku De Tat (Myka 9, Abstract Rude, Aceyalone) and more. Winstrong has been delivering his brand of “singjay” (a combination of singer and deejay) for a minute. After migrating to the US in his late teens in 94, he started recording at Conscious Sound Productions (Ursa Minor) with Benjamin Grand Depaux and later recorded a Jazz-fusion album Noble Nature.

‘State of Mind’ is the first original Zion Train album to be released since the Grammy winning ‘Live As One’. The Dub/Dance pioneers and undisputed leaders in the genre for the past 2 decades are one of the finest live dub acts on the planet, promoting the practice of dynamic onstage dub mixing performed alongside acoustic instruments and the best vocalists. ‘State of Mind’ follows hot on the heels of the superbly received ‘Best of’ compilation, ‘Dub Revolutionaries’.  The band’s staple ingredients of brass, bass, dubwise rhythms and hard electronic beats are combined with new additions of violin, viola and dub poetry, making ‘State of Mind’ a step forward for the Zion Train. Featured artists include Brinsley Forde of Aswad alongside Zion Train’s own Dubdadda and Lua, not to mention the up and coming Jamaican Dub Poetess Jazzmin Tutum. 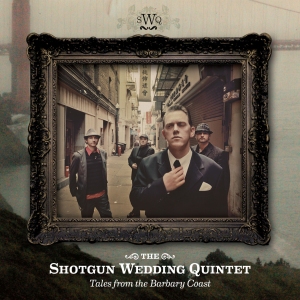 The Shotgun Wedding Quintet  “Tales from the Barbary Coast” – CD

Forming in 2003, The Shotgun Wedding Quintet has worked to create an illicit blend of hip hop and jazz that’s rooted in tradition, but is ever looking forward. Each member of the band is a multi-instrumentalist, making use of samplers and looping-techniques to create a wall of sound as band members shift from instrument to instrument, building continuous layers of music and rhythm. As a result, this 4-piece ensemble creates the sound of a 10-piece group that is equal parts big band and boom-bap, paying homage to the art of improvisation both lyrically and instrumentally. “Tales From The Barbary Coast”, the group’s sophomore album, is a Bay Area themed record with    red-light district saloon-seedy stories in sync with the vibe of the California Gold Rush days where San Francisco’s Barbary Coast got its name, but    executed with all the edge of right now.

Planet LA Records has released the album “Ocean to Sunset” from recording artist Native June and executive   producer and multiple-GRAMMY winner Tony Maserati.  The public launch event took place at the Viper Room in Hollywood on September 23, 2011 followed by an industry event at the Gibson Guitar Showroom in Beverly Hills on September 29, 2011.  Native June has kicked off a national tour to promote the new album that will be distributed digitally and in retail outlets nationwide in collaboration with the Independent Distribution Collective (IDC). Native June has launched a national tour to promote the album that started in the hometown of lead singer Gabe Watson in Greensburg, Indiana on October 1, 2011 and continues at venues and colleges in Chicago, Illinois; Cincinnati, Ohio; Louisville, Kentucky and other venues, winding up in New York City at the Gibson Guitar Showroom on November 4, 2011.

PASSWORDS were created by vocalist and guitarist Thomas L’Allier and long-time musical partner Emmanuel Ethier.  They both started working on songs together back in their teenage years. “We all met in high school, back when I was part of a blues rock band. I eventually got bored of 3 chord riffs, and started to write songs with Emmanuel, who was studying classical violin at the time,” says L’Allier. “We sort of combined sounds and influences, to create something more challenging and substantial.”  They later recruited Carmel Scurti-Belley and Maxime Castellon, becoming an official band and starting work on their first full-length album. “I guess the way the album came along is pretty unique. Emmanuel came up with all the drum parts, which is odd considering he’s not a drummer. It gave the whole thing a very “guitary” approach. We then recorded with a ‘real’ drummer to make everything work. Also, we tend to go all-out with arrangements, no-holds-barred. Finally, I’d say the fact that we fully commit to our folk/rock influences, but without sticking to the standard forms and structures of those genres, makes everything stand out” says L’Allier. 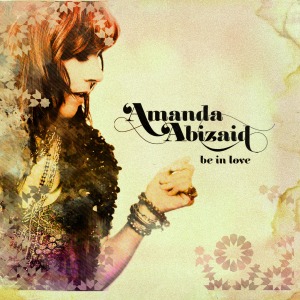 Amanda Abizaid – Be In Love CD

You’ve heard her enchanting voice on hit TV shows and films such as ‘The 4400’, ‘Odd Girl Out’, ‘Smallville’, ‘Ed’, ‘One Tree Hill’, ‘Felicity’ and ‘Charmed’. Now singer, songwriter and multi-instrumentalist Amanda Abizaid is releasing her highly anticipated new digital only EP titled ‘Be In Love’ on October 11th, 2011. One of Hollywood’s most in-demand “Female-Vocalist-for-Hire”, Amanda’s new EP in many ways is a watershed for the American/Lebanese music artist, with her songwriting reaching a new level of creativity. As we were developing the sound of the record with producer Andrew Michael Bertrand, we realized that it sounds as though Peter Gabriel and Sade had teamed up to make a record. The pulse of this record is derived from Amanda’s love of World music.” Also appearing on Amanda’s new release is Santana’s trumpeter Bill Ortiz and Emmy Award Winning film composer Alex Wurman, who greatly enhanced the songs with his string compositions and piano performances.