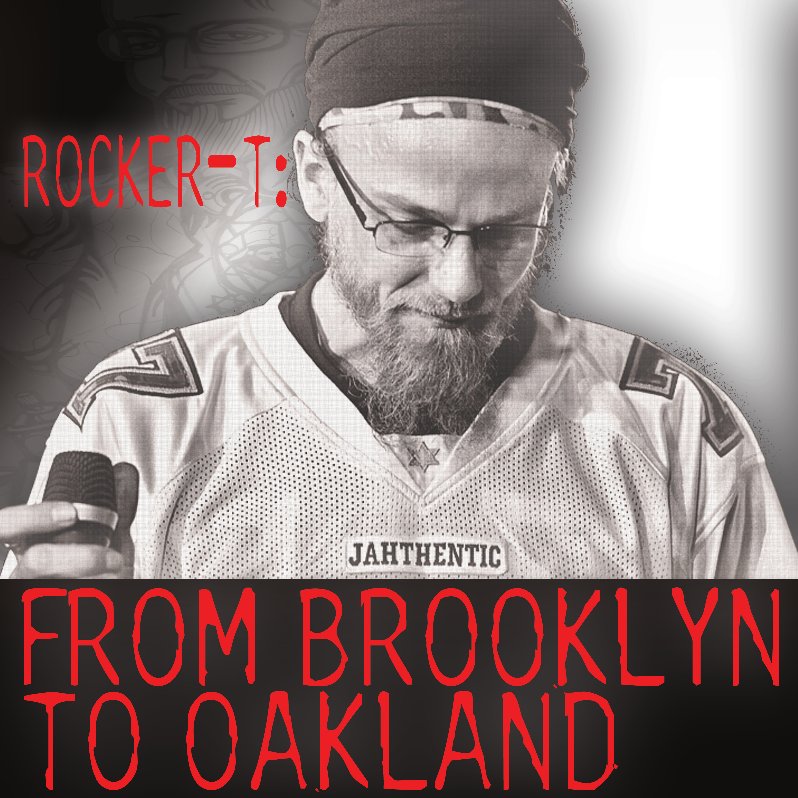 Rocker-T’s new “From Brooklyn to Oakland” EP is currently featured on the Front page of iTunes under New Releases (click on the “see all” link and scroll down). We expect it will move up into the top area on the front page shortly! Check out and download the release here:

Reggae Icon Rocker-T Readies New Album “The Hurban Warrior of Peace” with 5 Song EP “From Brooklyn to Oakland” due for release on December 18th, 2012

Oakland, California- Over Nine years in the making, with over a dozen guest artists and many different genres represented, Rocker-T will release his new full-length album project “The Hurban Warrior of Peace” in 2013. The first release from this album will be a digital only 5 song EP titled “From Brooklyn to Oakland”. With the EP “From Brooklyn to Oakland”, to be released December 18, 2012, Rocker-T embarks upon the largest musical journey of his 21 years in the music industry. The EP from the forthcoming album “The Hurban Warrior Of Peace,” which will be released early 2013, encompasses tracks from the East, West, and International music realms. “From Brooklyn to Oakland” includes Dancehall and Roots Reggae, Hip Hop, EDM, and even some Alternative Pop, including featured special guest artists Gappy Ranks, Terry Ganzie, and Zahira Soul.

Throughout his career, Rocker-T has always had an eclectic musical appetite. He has had Punk Rock, Heavy Metal, New Wave, Ska, and Reggae bands, and Hip Hop has consistently had an influence on his music. Rocker-T originally hails from Brooklyn, New York and currently resides in Oakland, California and the title track of the EP showcases his Hip Hop talents and influence while his track “Neva Chat Slack” with Terry Ganzie is decidedly Roots Reggae. “From Brooklyn to Oakland,” and the full-length album “The Hurban Warrior Of Peace,” are a reunion of the genres he has influenced and the artists with whom he has made meaningful connections.

Nine years in the making, the album “The Hurban Warrior Of Peace” is a songwriting and production collaboration that embodies Rocker-T’s diverse musical experiences, knowledge, and tastes.  Featuring friends and family from every era of Rocker-T’s career including; Skadanks, Boogie Down Productions, Jah Warrior Shelter Hi-Fi, International Rastafarian Transport Band, Version City Rockers, Zion Train, and Dubsmashers, it is indicative of his musical objectives, “I am an hurban warrior of peace, a product of the city environment who sees the small green branch pushing through the cement and cries for Mother Earth. The magical plant music is the healing of the nations. I can fight without fighting,” Rocker-T explains.

Rocker-T says he has “A profound desire to see all humans choose a peaceful life with each other,” and “To bring healing to the minds and hearts of humankind whenever and wherever I sing and/or otherwise cause the divine sound to be audible.” “From Brooklyn to Oakland” and “The Hurban Warrior Of Peace” is an amalgam of Rocker-T’s musical journey with something for everyone to enjoy.

For more information, or to set up an interview with Rocker-T, please contact Luvinnitt Productions at luvinnittpro@gmail.com