Independent Distribution Collective presents our 54th Solicitation just in time for late third quarter or early fourth quarter placement (our sixth of this year). We are excited about many of these new releases and are very proud to have a handful of great artists joining IDC. Check out the overview of our new titles below, and feel free to visit our website anytime for more information on any of these artists or releases. IDC proudly welcomes these 8 new titles: 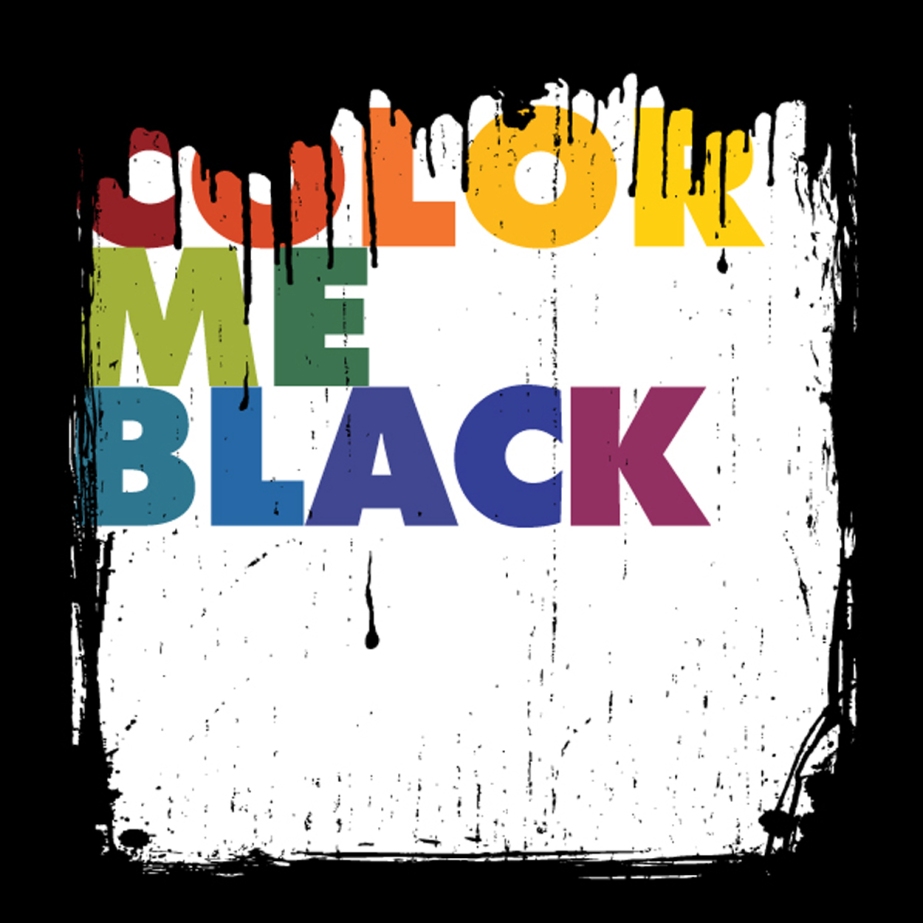 Debut CD from Oakland Hip Hop Collective featuring members of Rondo Brothers, High Decibels and some production by Mark Foster of Foster The People. Color Me Black is a hip-hop collective comprised of an all star cast of Bay Area talent. The group came together in 2011 when producer team the Rondo Brothers approached successful Oakland MC’s the High Decibels(Duke the Bossman and Chief Mainy) about working on some new material. As the project developed and word spread, the group ended up incorporating world famous beat-boxer Syzygy,another Oakland MC named Gordon Battles, and former Spearhead back-up singer Nazelah.

Powerhouse vocalist and award winning songwriter Madame Freak (aka Jessi Teich) has been  surrounded by music since her very first breath. Raised in rural New Jersey on jazz and the blues, Madame Freak began singing and writing her own music at age 8. Madame Freak attended Berklee College of Music where she has since built a strong jazz fan base throughout the East Coast and parts of Europe. She also had the honor of performing for Showtime At the Apollo’s Amateur Night at the age of 20 where she won 2nd place. After moving to Philadelphia, Madame Freak wrote, recorded, performed and toured building her fan base independently.

Aoede – What Are Dreams Made Of? CD

Upon the release of her popular, award-winning storytelling CD Is Love AFairy Tale? in 2012, singer/songwriter Lisa Sniderman promised that the adventures of her musical alter ego, the charming young protagonist Aoede The Muse, in the magical kingdom of Wonder haven would continue.  A brilliantly inventive award-winning work combining narration, story, colorful offbeat characters and music intended for young adult audiences, What Are Dreams Made Of? (Sep 2013) finds Aoede exploring realms of darkness and light in the wake of a bad dream   (a “nyxmare”) in which she is continually haunted by a white witch and children go missing.

The basis for Dead, White and Blue’s debut, Mary Jane, was laid back at the turn of the century when front man Russell Work man was then playing in various bands around Phoenix, AZ’s lucrative music scene – as well as taking support slots with Iron Maiden, Dio, and Korn amongst others. Building a reputation as a solid songwriter and an over the top live performer,Workman went into Tim Rastas Studio in Tempe and laid down tracks for an album that was all set, primed and ready to be released in 2001.

Blacklist Union – Til Death Do Us Part CD 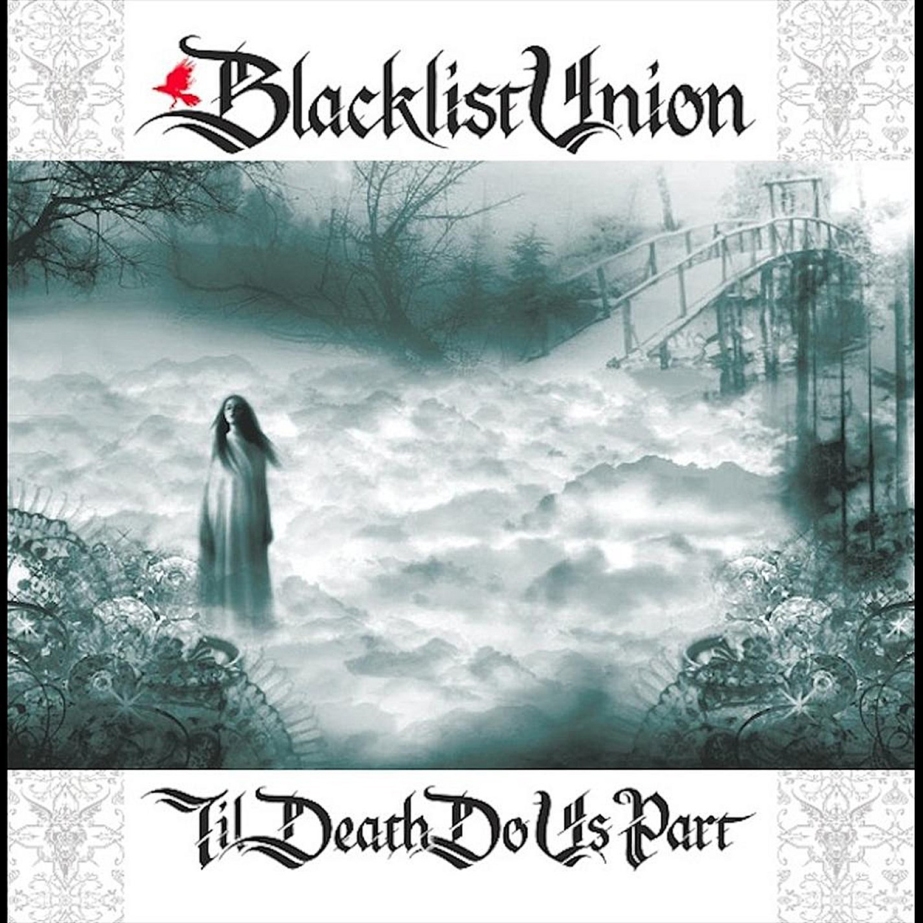 A collection of 11 songs written and performed by a cast of who’s who from the rock n roll world, Blacklist Union’s Til Death Do Us Part was recorded with players from the well known rock band SALIVA, as well as Hunt Sales (formerly of David Bowie’s Tin Machine and Iggy & the Stooges). Writing credits on the album include contributions from Anthony “Trouble” Valli formerly of multi-platinum recording artists CRAZYTOWN and Todd Youth, a musical icon in his own right, having played with everyone from Glenn Danzig to Glen Campbell.Unfiltered and raw, front man Tony West (formerly with LAGuns) is as honest as it gets, whether it comes to his dark, drug addled past to his off the rails relationship with the mother of his daughter – and it’s all captured on tape.  Or on Pro Tools, if you like.

The debut album from eclectic folk-punk band MONKEYSHORTS. Recorded in Seattle at the world-famous birthplace of grunge London Bridge Studio. Co-produced by Justin Davis(Queensrÿche, Candlebox)–Mastered by Geoff Ott (Death Cab for Cutie, Alice in Chains). This however is not a grunge rock record, though Queensrÿche’s drums were used in the recording process. Day View Owl Bum is more like a roller-coaster ride through musical genres with fun, sometimes raunchy, but always humorous lyrics on such topics as traveling, romance, animals, your usual fare. Similar artists: Beck; Tenacious D; The Presidents of the United States of America; Talking Heads; They Might Be Giants; OK Go; XTC; Harry Nilsson; Frank Zappa 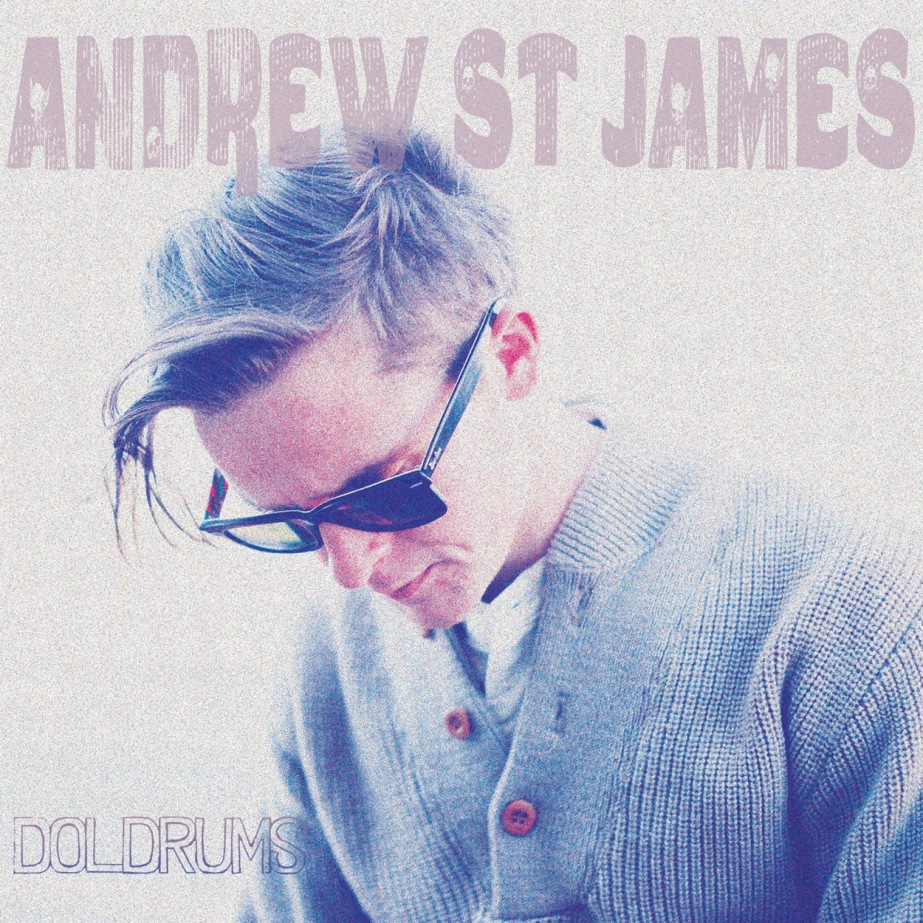 Andrew St James is an 18-year-old singer-songwriter from the fog- enshrouded misty hills of San Francisco’s Twin Peaks. Incorporating a beyond-his-years lyrical vision with a unique gift for melody- making, St James’s music lands firmly in the alternative folk world, but displays a real knack for timeless songwriting skills. “I am inspired by the odd characters that I call my acquaintances,” St James says of the colorful cast that inhabits his music.  Hip street folk, Irish immigrants and Mission hipsters star in songs that exist as soundtracks to hard-lived lives.

For Matthew Greenidge, a rising reggae artist fromTrinidad, the music is a mission, not a competition. Invoking the spiritual foundation of reggae, Greenidge’s new album Jah Rules Over All(Jah Light Records) delivers contagious, positive messages in the spirit of modern roots. Indeed, an organic mix of contemporary riddims and live arrangements across the album’s twelve tracks build a strong and unique narrative of encouragement, resilience and hope as told through Greenidge’s singjay sensibility. Fellow Trini reggae vocalists, including international recording star Queen Omega, Gyasi and King Solomon, add depth and breadth to this special project, a milestone in the history of Trinidadian reggae.

Congrats to IDC Artist Aoede for scoring a front page feature on her new album “What Are Dreams Made Of?”  Great work by a hard working artist! 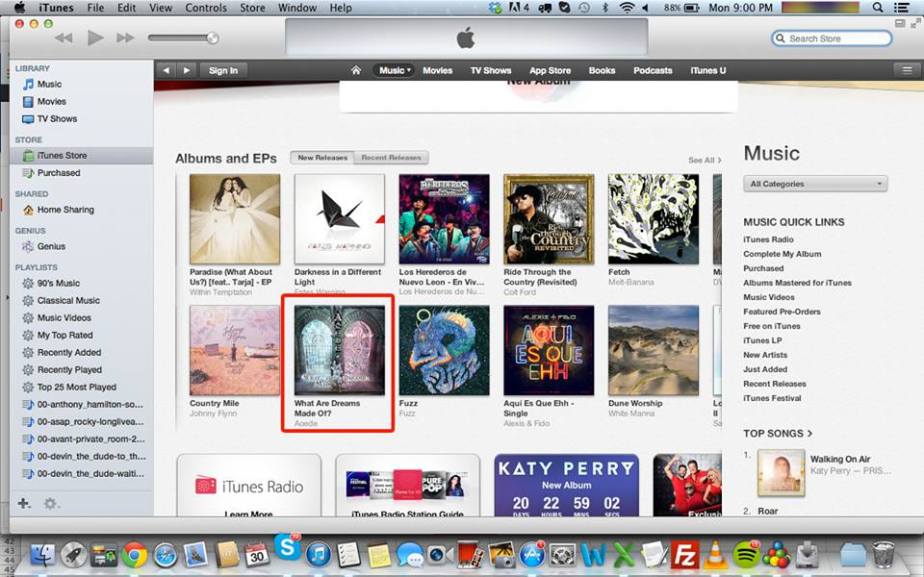 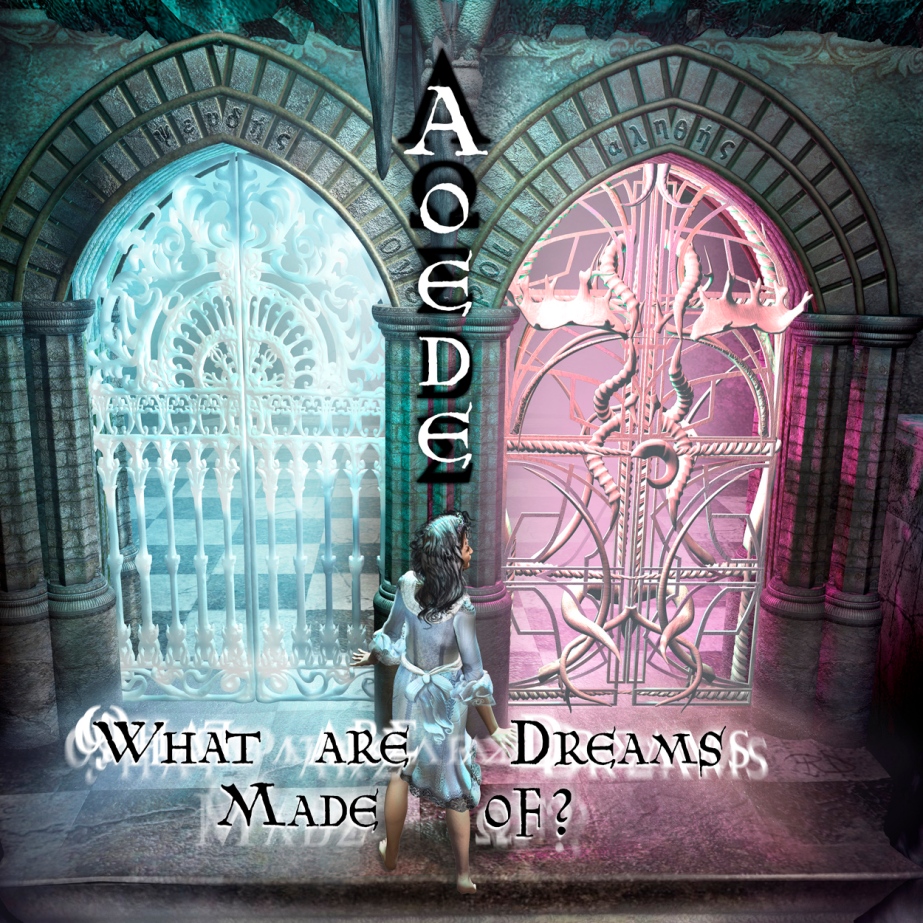 Congratulations to IDC artist INDUBIOUS for getting their new album Wake The Lion, produced by GAUDI, featured on iTunes in the Reggae “New and Noteworthy” section. Check out the feature and their album here: 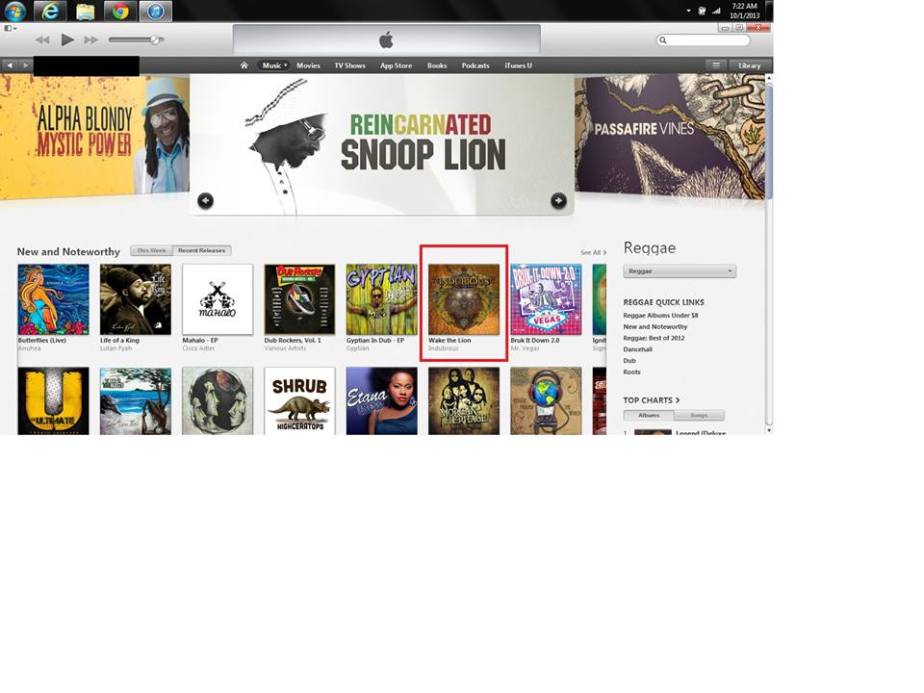 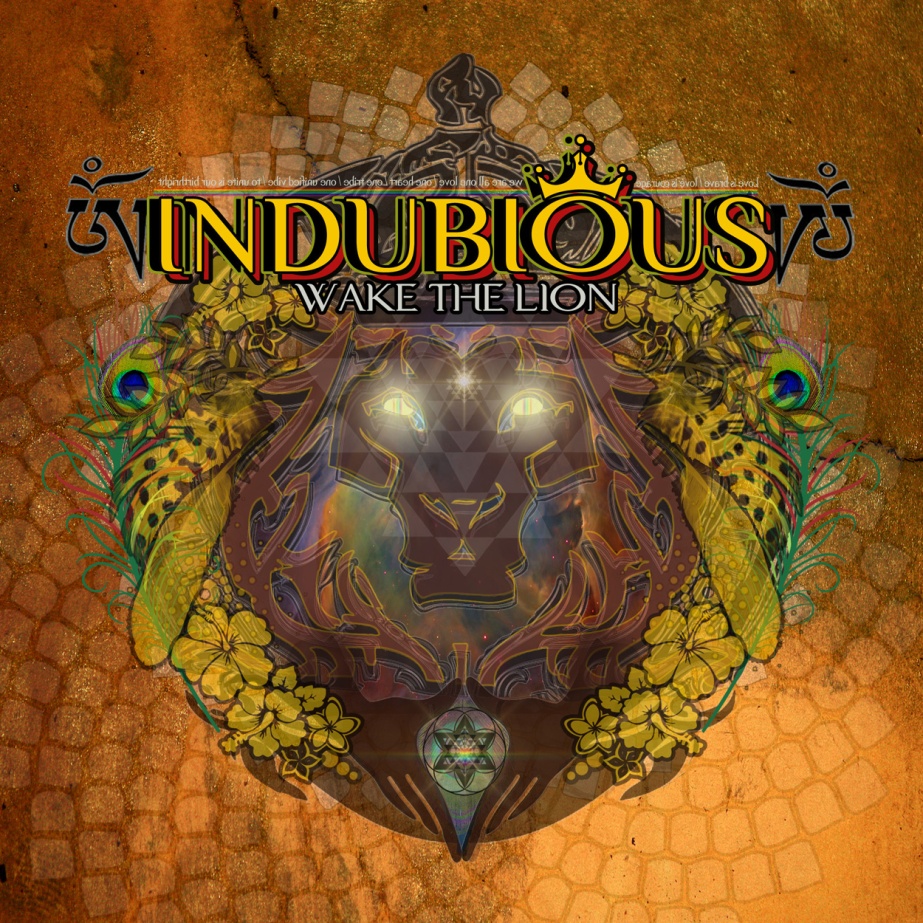