Independent Distribution Collective presents our 68th Solicitation just in time for Fall placement (our fifth of this year). We are excited about many of these new releases and are very proud to have a handful of great artists joining IDC. Check out the overview of our new titles below, and feel free to visit our website anytime for more information on any of these artists or releases. IDC proudly welcomes these 5 new titles:

Grammy and Emmy Award Winning Multi-Platinum producer Narada Michael Walden is set to release his new full length album EVOLUTION. Tarpan Records is pleased to announce the international release of the upcoming full- length album by Narada Michael Walden on October 30th 2015. Narada and his all-star band will perform a series of shows across the USA in the next few months in support of the release of EVOLUTION.

Badi Assad’s new release puts a graceful Brazilian spin on Pop and EDM chart toppers. The hidden Afro-Brazilian side of some of pop’s best-loved tracks comes to light, thanks to Brazil’s nimble, virtuosic guitarist and vocalist Badi Assad. Ranked byRolling Stone as one of the world’s top female guitarists, Assad is from musical royalty (Brazil’s acclaimed Assad family).

Rebel Sound Records is very proud to announce the arrival of “Reggae On The River Collection.” We have teamed up with the Mateel Community Center to bring you this jam-packed, two disc, official album of the RotR Festival. Reggae On The River is held every year on the first weekend of August at French’s Camp in Humboldt County, Northern California and is the premiere reggae festival of North America. This year is the 31st installment and we are commemorating this with 30 tracks from some of the biggest names to some of the smaller rising stars that have been showcased at RotR, and a few artists from this year as well.

Midnight Raver Blog chose Island Head’s “Punky Reggae Party” as one of the BEST REGGAE ALBUMS OF 2013. Island Head plays music for people who love the islands, the beaches, the lifestyle and most of all, THE MUSIC! The players in this all-star line-up have won Grammys, played on, arranged, produced and written hit songs, appeared on television, in movies and toured the world.

The new press release for Narada Michael Walden’s “EVOLUTION” has hit the web!

September 23rd, 2015 – San Rafael, California, – Tarpan Records is pleased to announce the international release of EVOLUTION the upcoming full-length album by Narada Michael Walden releasing on October 30th 2015. The albums’ first single, Billionaire On Soul Street, which was released on August 14th, 2015 and the forthcoming album represent a change of direction for Narada, one that brings him back to his roots in Dance and Club Music, Funk and Soul. The first single was, and full-length album will be released on Narada’s own imprint, Tarpan Records.

As impressive a production and songwriting resume as Narada Michael Walden has assembled over the past forty years, he has earned equal acclaim as a recording and performing artist in his own right. Beginning as a drummer with the pioneering Mahavishnu John McLaughlin’s Mahavishnu Orchestra (following Billy Cobham at 20 years old), Narada also toured with Jeff Beck, Tommy Bolin, and Weather Report. With twelve acclaimed solo albums of his own which produced Dance Hits such as I Don’t Want Nobody Else to Dance With You, I Shoulda Loved Ya, Divine Emotions, Gimme Gimme Gimme and Tonight I’m Alright along the way, he has achieved greatness in a wide range of sonic arenas. Walden’s music includes groundbreaking soundtrack work on such blockbuster films as The Bodyguard, Free Willy, Beverly Hills Cops II, 9 ½ Weeks and Stuart Little including Gladys Knight’s License to Kill for the James Bond Film, Jefferson Starship’s Nothing’s Gonna Stop Us Now for Mannequin to the EMMY-winning One Moment In Time, the theme to the 1988 Olympic Games.

Narada explains about the album’s first single: “This album EVOLUTION means the world to me because it reflects my personal feeling of spirituality and that feeling renewed for life by having my children Kelly and Kaylah in my life and my wife Katie. Having children now at this time in my life really has touched my heart to feel like WOW! Look how lucky and how blessed I am by God. I used this slogan, this sentence that I got from Kimrea who works at my Tarpan Studios. Cause’ I feel so good like a Billionaire on Soul Street. “EVOLUTION is a strong statement from Narada, inspired by the “retro” sound that is so prevalent on the radio and in clubs today. The album features mostly original material and two covers; Freedom by Richie Havens and Long and Winding Road by John Lennon and Paul McCartney.

Tarpan Records will release Narada Michael Walden’s new album EVOLUTION internationally in October of 2015 with help from distribution and marketing powerhouse Independent Distribution Collective. This new album is a Dance masterpiece, with many flavors of Narada’s vast history mixed in.

His label, Tarpan Records is a home to both established and amazing up-and-coming artists as well. Tarpan Records specializes in artist development, full service project management, promotion, and distribution. Initially focused on Narada’s releases, the plan is to apply this business model to up and coming and established recording artists in the years to come.

Narada Michael Walden and his all-star band will perform a series of shows across the USA in the next few months in support of the release of EVOLUTION.

Get the single Billionaire on Soul Street now on iTunes: https://itunes.apple.com/us/album/billionaire-on-soul-street/id1024757144 or any other digital retailer.

For more information on Tarpan Records or any of its releases check out: www.tarpanrecords.com

Along with guest vocalists Lauralee Brown, Melissa Harding and Kalib DuArte, plus special guests Audio Terrorist and Vicereine, no:carrier will be performing their only full live show this year on September 24th at Neck Of The Woods in San Francisco. 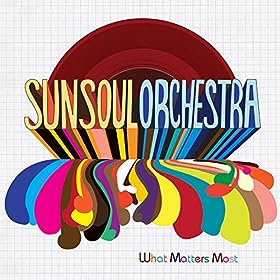 Sun Soul Orchestra – WHAT MATTERS MOST:  Well, of course, we here at I.N. know that it’s the MUSIC (that matters most); this April 2015 release proves that, without doubt.  Their music hearkens back to the soul music I grew up on, albeit with a 21st Century “edge”… love the orchestrals & peppy vocal arrangements on tunes like “In My House“.  No, it’s definitely not jazz, but remember, our criteria for reviewing music is “energy”, not “genre”, and the Steve Theard/Ginger Murphy team provide that for sure.  The string work on “Waiting In Vain” supports their vocals quite well, and reminds me (in some strange way) of old Stevie Wonder vocals.  It was the majestic soul presentation on “Zoom” that got my vote for personal favorite, though… old times (timeless) made new (think Four Tops or O’Jays reinvigorated).  I give this splendid duo a HIGHLY RECOMMENDED, with an “EQ” (energy quotient) rating of 4.97.  Get more information at the Sun Soul Orchestra website.        Rotcod Zzaj

Congrats to IDC label Royal Order Music for their iTunes Reggae page feature for Social Riddim and hot track Stand Firm featuring J-Boog and Sizzla Kalonji!  Check it out and Rate/Review at https://itunes.apple.com/us/album/social-riddim/id1030207749

Three years ago we first heard of singer and song writer Bekah Barnett following the release of her debut album “Find Shelter Lord,” an album that its multiple positive critiques and reviews has resulted in the trade press. An appropriate ‘quote’ for the narrative and often emotional songs Bekah Barnett was definitely ‘Tori Amos Meets Leonard Cohen.

The bar of expectations was therefore quite high for the work that this young talented and musically trained pianist from Oakland, California would create a next record. That second CD now come under the title of “Rise” with thirteen new songs that they wrote themselves or which have come about after a partnership with co-composers.

The song “Fame & Fortune” (see video) on “Rise” state, she wrote in 2014 to take part in the auditions of ‘America’s Got Talent’, where she admittedly not go through, but what her a nudge in back anxious to compose songs even more intensively for this second album.

Bekah Barnett especially singing piano ballads on this album with peaks “Rhyme or Reason”, the emotive “Every Road”, the acoustic piano songs “Fly” and “Beautiful Girls”. Then there are the rhythmic songs “Get Outta Park” and “Butter Your Toast”, our favorite track from “Rise” and the song they could play live in the Oakland City Hall to celebrate the first marriages between homosexuals in California. At first glance seem the songs “I Do not Believe In Love” and “Love Will Come Back” contradictory, but upon closer listening what it turns out that they are both an ode to love.

Bekah Barnett’s voice resembles that of singers Natalie Merchant (formerly ‘10.000 Maniacs’) and that of Carly Simon, a musician who, like they always sit behind the piano to sing her songs. For the mostly sparse and austere instrumentation at these numbers signed album producer and multi-instrumentalist Julie Wolf, while Todd Sickafoose plays bass, Hans Teuber gives blazers and Allison Miller on drums and percussion and percussion for her account.

At ORGY’s Meet & Greet event at Table Rocks Music Festival 2015 in Central Point, Oregon, about 2,000 showed up for autographs and photos!

“Lock the Door, Lose the Key” is premiered in celebration of the one year anniversary of Follow Your Heart. This song (AKA Katie’s “newlywed song”) is a special part of the album, and they put a fun twist on the storyline for the video.

Watch the exclusive video premiered at 9:00 AM (PST) today on The Deli SF website or just scroll down and check out the video here!

To get more info about Katie Garibaldi’s music, check out the links below.