Karney “Singles Vol. 1: Manifest Destiny w/ I Got Mine” EP is available now for pre-order on iTunes! 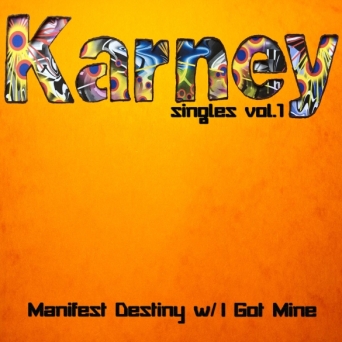 Click on the image above to open the booklet where you can hear music, view retail one-sheets, link to artist websites, and more! 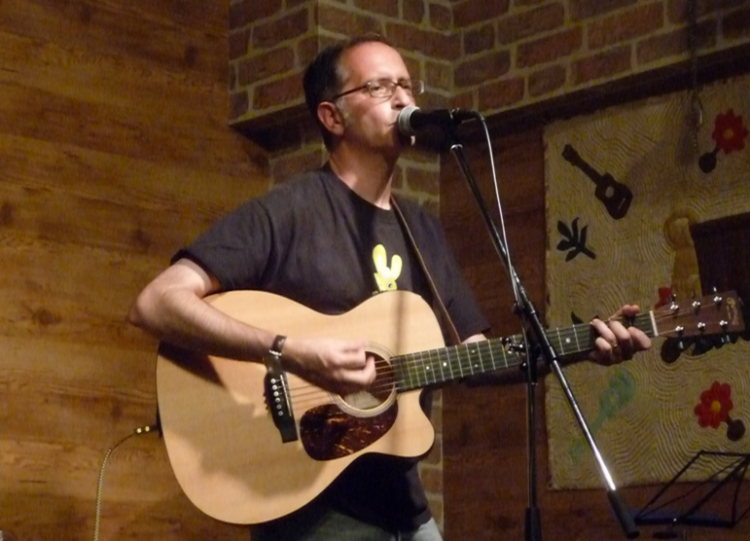 Kevin Gosztola from Shadowproof chooses Pete Kronowitt’s “Got Guns?” as the Protest Song of the Week!

“Folk musician and singer-songwriter Pete Kronowitt has a new album featuring a protest anthem about the National Rifle Association and gun culture in the United States. It is dripping with irony.

The song, “Got Guns?”, has a playful vibe with catchy rhymes. It’s almost like owning a gun in America is a game, and every child wants a chance to be a part of it. (To the NRA, that is.)

“The NRA is here to stay. Go out and get some guns today. There’s a reason it rhymes with fun. Go out today and get gun,” Kronowitt says in the opening of the song. Later, he adds, “Don’t tell me you’re too young. If you have a hand, get a gun.”

Kronowitt rattles off, “Click click boom. You need a gun in every room. Click click boom, and then silence fills that room. Suicides and accidents and random acts of violence. That ringing in your ears is the eternal silence.”

He slows it down to deliver lyrics, which pack the most decisive punch in the song. “Guns kill people. Children too. Eight kids die every day. I guess they don’t got guns.”

It is irreverent social commentary, channeling the spirit of a depraved NRA pitchman. As he says, it highlights the “absurdity of extremism.”

Filmmaker Michael Moore created the NRA mascot, “Pistol Pete,” for his show, “The Awful Truth,” and Kronowitt’s song would make a great tune for the satirical mascot to sing at schools.

Kronowitt’s song is off his new album, “A Lone Voice.” He describes his music as a fusion of “acousitc pop and indie-folk” that hearkens back to days when musicians were more willing to tackle injustice through music and explore “themes ranging from family to sociopolitical struggles.” It is a kind of “Steve Earle-Elvis Costello hybrid.”

He has gone on multiple international tours and produced music for over 30 years.

Kronowitt shared his album with Shadowproof, and we are pleased to support his work by encouraging you to listen to his new song, “Got Guns?”:

Protest Song Of The Week: ‘Got Guns?’ by Pete Kronowitt

“When an opportunity to attend a master class presents itself, you don’t say no. Ain’t no way. Especially when the teacher is an 18-time Grammy winner and a resume that reads like the history of popular American soul and R&B. And on a hot summer Sunday night at Cincinnati’s Riverbend Music Amphitheatre, Aretha Franklin did not disappoint, taking the stage as the sun was setting, with the Cincinnati Pops Orchestra prepared to back her for one of the Motor City legend’s few live performances so far this year. ”

“As any seasonal experience, the piety of Jennifer Saran’s Christmas album has proved to be transitional. No, the singer’s second record still has a lot of spirituality to it, the gospel-infused choruses of “Leap Of Faith” searching for higher ground, but there’s much wider variety of moods, and grooves, on display, as Balearic licks of “Sexy Time” explore nether regions of one’s soul.

Down with finely dressed disco beat from producer and co-writer Narada Michael Walden, Jennifer delivers inspired messages to her sacred lover, with “You Are My Man” and “Let My Love Stand” as delicate bookends of this 18-piece voyage into emotional swirl where “Last Kiss” and the title track, strings washing over Saran’s soprano, are the slowest, and most seductive, of all.

Yet while baroque and reggae conspire to render “Wherever You Are” irresistible, and heavy bass and romantic guitar tilt “It’s Not Over” on the rocks, “Let’s Get Away” is offering escape towards dancefloor and away, to “Rise Up Time” with its tribal uplift. A very light work, this album is a perfect summer companion – or reminder of hot days during other seasons.”