“The Quarantine Blues” was written by John McLaughlin with Cindy Santana Blackman and Narada Michael Walden. The song was socially distance recorded and filmed in Monaco, Hawaii, Detroit and San Rafael in a collaboration to raise money for Musicares Coronavirus Relief Fund to help struggling musicians who have been hit hard by the shutdown of all live music.

Please donate through the MusiCares link below:

To order the “FUN, PARTY, SPLASH” single on iTunes: https://itunes.apple.com/us/album/fun-party-splash-single/id1269743526?app=itunes or http://smarturl.it/funpartysplash

Birdseed / Not Out Of Time – EP Review 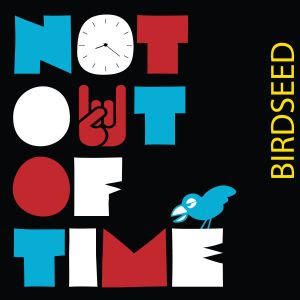 Funnily enough, the band Birdseed from San Francisco, California was formed by middle-aged hobby musicians, who had met at school events of their descendants. After finding out that each other’s favorite hobby is the music, a band was started. The combo released from the end of 2015 a few digital singles, which were now summarized on the EP present to me.

The essence of the five tracks in total can be compared to the Fleetwood Mac sound in the early to mid-seventies. Cool Pop / Rock, so to say, who benefits from a clever groove and a strong lead vocalist. The title song “Not Out Of Time” starts the journey pleasantly rocking and the voice of Kerry Reed Landreth has that certain something that is so eminently important for every front man / woman. The track is very harmonious, variably arranged and loosely flaked over, which makes him a first winner. “Next Trip Around The Sun” starts off with an e-piano sound before the notable vocals take over the scepter. The ingredients mentioned above are also added here and make this number a listener.

With inviting guitar sound and piano, “I Want You To Know” starts the second act. Musically maybe not the best track on the disc, which is the strong text (the mother’s declaration of love to her child, probably not many years later can really understand) will be made up for. Background is probably that Kerry Landrethdiagnosed with incurable breast cancer a few years ago, she wanted to leave a statement here, so to speak. The shortest song of almost three minutes is called “We Can Do It” and builds again on a really cool groove. This works and harmonizes wonderfully with the vocals and the very positive or optimistic lyrics. The unfortunately last title “More Than I Needed The Truth” keeps the quality quite relaxed and invites you to enjoy the complete work “Not Out Of Time” right from the beginning.

Both the band Birdseed and (especially) the frontlady Kerry Reed Landreth can only wish to spend a lot of time to music and new recordings, because the present (on vinyl quantitatively limited) “Not Out Of Time” makes a great mood and goes splendidly into the ear. Relaxed music with profound lyrics, which at no time lead the listener to the uncomfortably sad feeling trail, but rather powerfully forward looking to convey an uplifting feeling.

Tracklist “Not Out Of Time”:

“Making waves in your local scene can be really exciting for a newer band trying to make a name for themselves. But if you want to be taken seriously by fans, press, and labels, you’ll eventually have to leave the comfort of your nest to make an impact on other scenes in your region. Properly planning for your first tour is massively important, so we’ve got some tips that will give you a better chance at making it a success.”

“We’ve all been wowed by crowdfunding campaigns that have surpassed their goals by thousands, and we’ve all been bummed for the folks whose effort raised drastically less than what they hoped for. The thing is, crowdfunding—the hit-your-goal-and-then-some type, at least—is really difficult.

Loads of work goes into running a successful campaign, from strategizing and launching to constant upkeep throughout. The way you present your project and the motivations behind it truly matter; in crowdfunding, those factors are almost as important as the music itself.

Read on for seven tips that’ll help you lay the best possible foundation for your campaign and guide you through making the most of it while it’s running.”

“There are no hard-and-fast rules for either the recordist or the singer when recording vocals. Whatever works for you is right for you, and my experiences (and opinions) will differ from yours and even from some of my most esteemed colleagues and heroes. Consider this but one set of perspectives. That said, let’s take a look at a few things that I feel can facilitate maximum recorded expression from a vocalist (whether that’s you or someone else).”

“At the heart of every music production is its basic building block—the song. It’s the key element, because if you don’t have a great song or songs, you won’t have a great record. You can have the most brilliant players provide excellent performances, and you can do a masterful production job, but if the songs aren’t there, not much of the audience is going to care beyond the first listen. Indeed, music history is littered with artists, bands, and records that had everything going for them except the most important thing: the songs.

That’s why I’m spending an entire chapter analyzing song structure. In the end, no one can predict what will be a hit or what might touch your audience’s heart or feet, but certain elements have tended to work in popular music of all types since the beginning of recorded music. It helps to know what works before you try something else.”

Congratulations to AMANDA ABIZAID for her GLOBAL MUSIC AWARDS GOLD MEDAL in the Female Vocalist and Lyrics/Songwriter categories! This is a huge and much-deserved honor for an incredible Artist and Track!

Walking In Twos, featuring the legendary Stephen Stills, is a 7-track EP including two diverse mixes of the titular song, which was inspired by Amanda’s experiences with the Aeta Filipino children.  The EP also features other original songs and released worldwide on all digital platforms March 3, 2017, along with a limited physical release.  The project’s goal is to create a self-sufficient revenue stream using proceeds from the song’s downloads and streams to buy school supplies for the Aeta children of the Philippines.

By making state-of-the art teaching technology available, while at the same time seeing to the need for proper food and clothing, HelpPhilippineSchools.org insures a prosperous, personal and professional future for young minds in the country. Amanda is a professional singer/songwriter living in Los Angeles, CA and she is the Cultural Ambassador to the organization. Their overall mission is to supply rural government elementary schools throughout the Philippines, beginning on Mindanao, with modern educational equipment, food and clothing. They do this by dedicating profits generated through AEGIS, and from donations by private individuals, businesses and/or institutional entities.

Amanda describes her music as “Neo-Soul meets World.” A gifted pianist, guitarist and flautist, Amanda Abizaid was born in Beirut, Lebanon to an American mother and Lebanese father. Upon relocating to Los Angeles in the 1990s, Amanda immediately began working with some of the best musicians on the scene. She gained major notoriety when she lent her voice to “A Place in Time,” the haunting theme song from Paramount’s TV series The 4400, which premiered in 2004. Amanda’s 2010 CD release This Life garnered rave reviews from fans and music press from around the world. Brian Ball of Woman’s Radio touted “This Life is the perfect half-hour escape from the boundaries of time and space altogether,” and Paul Fleck, former Executive Director of Marketing of Paramount Pictures Motion Picture Group praised, “This Life is unquestionably Amanda’s most accomplished work to date.” Tapping into her early musical influences from her childhood, Amanda infuses a sensual and seductive Middle East flair to her music.

The song “Walking In Twos” was inspired by Amanda Abizaid’s experiences with the Aeta Filipino children in Haduan Village when she was abroad in 2016. “I shook hands with every child and they told me their names,” Amanda recalls. “This is how the magic of this song began.” The village of Haduan is situated in the Southeastern foothills of the Pinatubo Volcano Range, across the Secovia Lahar River Basin. Visiting the village requires walking a few miles through rugged dirt paths, crossing a wide river, and a tropical wet dirt hike through the mountains. “When I arrived at their village,” says Amanda, “I entered their little stone classroom and soon began singing to my acoustic guitar instrumental of ‘Walking In Twos’ walking in between the tables and chairs. They smiled and their eyes lit up. In their indigenous language, they yelled out how much they loved the melody, clapping joyfully and asked what it meant. That’s when I knew I was on to something special.”

Amanda made a strong impression on the children, and on her way home, a barefoot little girl named Lilibeth walked by her side. “Together we hiked down the mountain, crossing the unstable wooden roped bridge high over the river to the other side. We walked until we reached the paved road—the main entry of their village to civilization.” The children also made a strong impression on Amanda, and when it came time to record the song she had them sing in their native language on the chorus. “For the Aeta to agree to perform on my song ‘Walking In Twos’ is a first time event for them, and for the world to hear these children’s voices.”

Amanda Abizaid wrote and produced the Walking In Twos EP, and sings and plays flute and piano as well. Stephen Stills is a legendary singer/songwriter and multi-instrumentalist best known for his work with Buffalo Springfield and Crosby, Stills, Nash & Young. He plays guitar on the title track. “To have Stephen Stills performance on the project is an amazing honor,” says Amanda, “and together with the support of the Aeta children this project is a wonderful opportunity to share and help them through music.”

Other featured musicians on this work are bassist Mike Mennell and acoustic guitarist Lindsay Gillis.  Mike Mennell is a bassist and singer in Southern California who has been friends with and worked alongside Amanda for the past 16 years. Lindsay Gillis is a Los Angeles based musician/songwriter, survivor of numerous Southern California gigs and sessions, and collaborates with Amanda on the songwriting project “Someday Girl.”

Other contributions of note include MI (Musicians Institute) students performing drums under Stewart Jean, a drummer and educator based in Los Angeles, California, currently the Program Chair for Drums at Musicians Institute in Hollywood. Also featured are local Buddhist children and the Aeta children from Village of Haduan, Philippines singing in their native language on the chorus, and Mark Stephen Weitz from ’60s legends Strawberry Alarm Clock performing Wurlitzer on the track. Bill Dasheill was the engineer.

“The hard work and dedication of Amanda Abizaid shows all over this new track ‘Walking In Twos’! Thank you for asking me to play on this new project. The addition of the Aeta Filipino children’s voices recorded ‘on site’ really brought even more life to an already upbeat and spiritually uplifting song. You are truly a SAINT!” – Mark Stephen Weitz

For more information about Amanda or this release, please visit: www.AmandaAbizaid.com