If you weren’t able to catch Amanda Abizaid’s live radio interview, you can listen to it here: LATalkRadio The Creative Muse Hour

Amanda Abizaid Has Released a New Project in Support of  HelpPhilippineSchools.org, Walking In Twos EP features the Legendary Stephen Stills. Amanda describes her music as “Neo-Soul meets World.” HelpPhilippineSchools.org is a non-profit organization that helps children get the best education possible through the betterment of existing schools, working “from the inside out.” Walking In Twos is a 7-track EP including two diverse mixes of the titular song, which was inspired by Amanda’s experiences with the Aeta Filipino children. The EP also features other original songs and has been released worldwide. The project’s goal is to create a self-sufficient revenue stream using proceeds from the song’s downloads and streams to buy school supplies for the Aeta children of the Philippines. Listen to Amanda discuss this and more by using the link above!

The featured guest alongside Amanda is Sara Parvaneh Bard, an Iranian/Lebanese/Palestinian artist. Joining Amanda as her backing band at Genghis Cohen will be Lindsay Gillis (guitar), Stewart Jean (drums), and Paul Nussbaum (bass).

Responding to President Trump’s proposed ban of people from predominately Muslim countries entering the United States Amanda has invited an eclectic mixture of musical artists from those banned countries, and other musicians supporting religious, ethnic, and racial tolerance to join her in an evening of songs which blend traditional Middle Eastern influences with western genres into a truly American melting pot of music.

Born in Beirut to an American mother and a Lebanese father Amanda Abizaid and her family fled civil war torn Lebanon in the late 1970’s and found safety in America. Like today’s banned refugees dream to do she built a new life in America, made the most of the opportunities this country offers and built a successful career in the film and recording industry. Walking in Twos, her March 3rd, 2017 release, features Rock & Roll legend Stephen Stills on lead guitar and other talented A-list musicians from the LA music scene.

Today, as hate crimes capture headlines in Southern California and nationwide, Amanda invites people from all communities to join her and STAND UNITED against hatred and intolerance.

American Lebanese singer songwriter Amanda Abizaid performs a journey of her songs from her first EP “The Great Plan Vol I” to her latest Single “One Love”. All different styles of her music from Pop, Rock, Neo Soul and World. This Residency Show she will be accompanied by A-list musicians Lindsay Gillis, Jon O’Hara and Stewart Jean along with other guest A-list musicians and singer songwriters from the LA music scene performing their own set of music. A truly eclectic night. Please arrive at 7pm to meet Amanda and the artists of the night and enjoy a delicious meal and drinks at this Famous Hollywood Chinese Restaurant. Purchase your ticket ahead of time at the link below. There is limited seating and these shows will be sold out.

“When an opportunity to attend a master class presents itself, you don’t say no. Ain’t no way. Especially when the teacher is an 18-time Grammy winner and a resume that reads like the history of popular American soul and R&B. And on a hot summer Sunday night at Cincinnati’s Riverbend Music Amphitheatre, Aretha Franklin did not disappoint, taking the stage as the sun was setting, with the Cincinnati Pops Orchestra prepared to back her for one of the Motor City legend’s few live performances so far this year. ”

LA husband and wife duo known as Sun Soul Orchestra are prepping to release their new album “What Matters Most”.

Check out the press release via Broadway World Musc here: 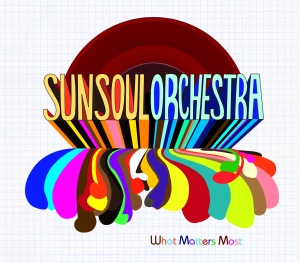