What’s To Come is The Highlife Band’s sophomore effort, and takes a much more roots reggae approach than the Seattle 9 piece band’s self-titled debut album. The tunes are all original. Absent are imitation patois accents, recycled standard rid- dims, or sampling from previous recordings. The new compositions feature rockers, bif-baf, dancehall, cumbia, one-drop, and steppers beats, which push the envelope on the reggae genre.

Congrats to Independent Distribution Collective artist Curt Yagi as his new song Good Life has been added to rotation on Q103 in Maui, Hawaii 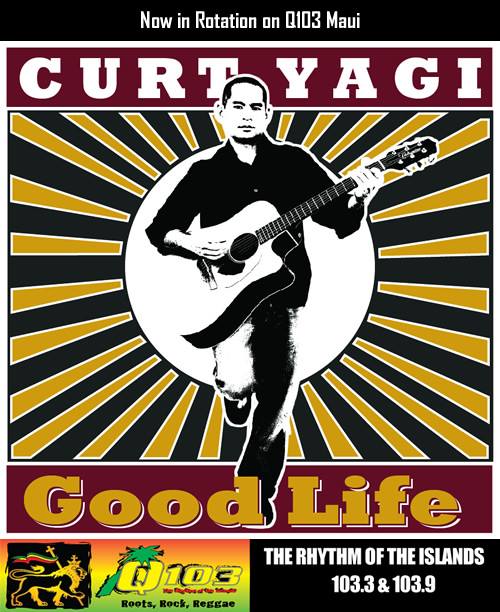 Congrats to Independent Distribution Collective partner company Accountingsuite on their 1 Year Anniversary! We love your software! Check them out if you can! 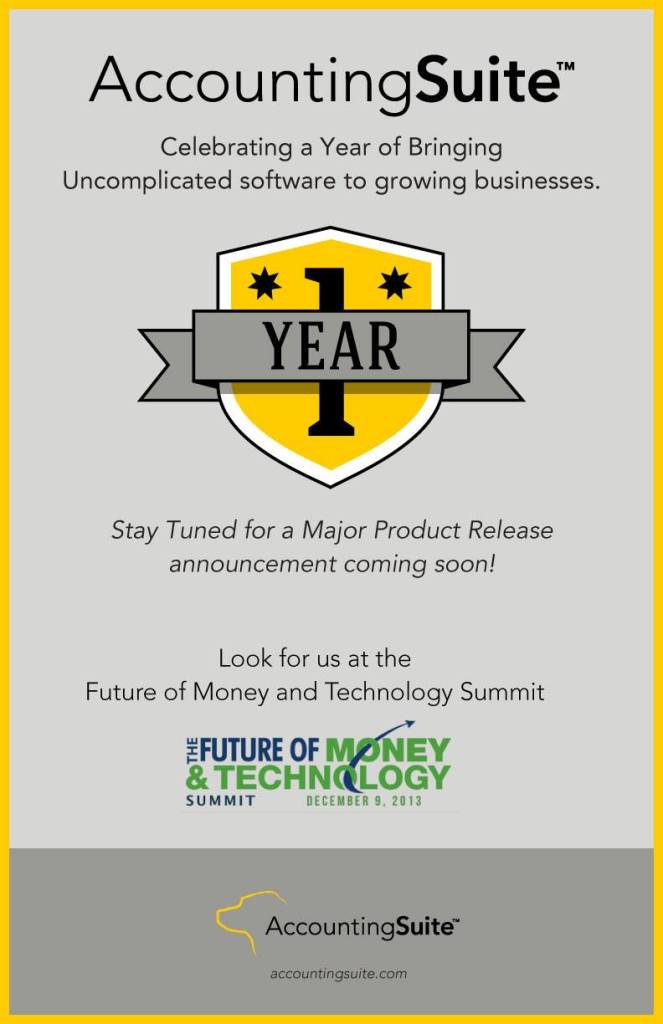 Independent Distribution Collective presents our 55th Solicitation just in time for fourth quarter placement (our seventh and final of this year). We are excited about many of these new releases and are very proud to have a handful of great artists joining IDC. Please note we moved both our physical and warehouse locations in early August. Check out the overview of our new titles below, and feel free to visit our website anytime for more information on any of these artists or releases. IDC proudly welcomes these 14 new titles:

Inspiration comes in many ways, and for the Holland sisters, Kylie (14), Devon (13), and Piper (11), it was the devastating impact that the 2010 earthquake had on the children of Haiti that inspired them to help create a safe, sustainable home for orphaned and homeless children and babies. These eco-minded, young entrepreneurs are joining the US Green Building Council’s efforts, and aim to raise a lofty $250,000 for Project Haiti – the building of the first LEED certified orphanage in the world replacing the original building destroyed by the earthquake. Making a difference and their love for music, sparked the girls’ latest ventures: the formation of their own band, the Zusters, and the launch of Painted Wolf Records, a record label designed to help kids like themselves produce cause-benefiting music projects and distribute them globally. 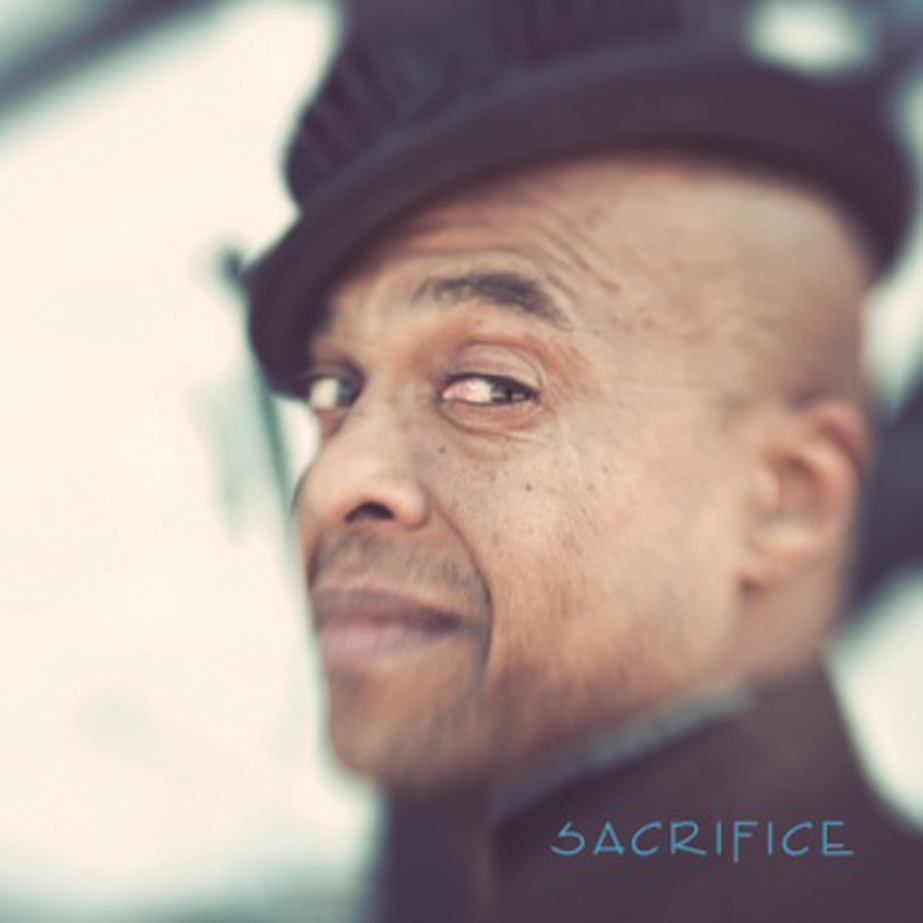 Angelo Moore is a singer and performer who hardly needs an introduction. Through his legendary band Fishbone, Angelo has influenced and defined a musical style and performance ability that has crossed generations and genres. Angelo recently joined forces with Bay Area artist/musician Kris Jensen in his musical collaboration, The Brand New Step. Frontman and Founding Member of Fishbone Releases Solo CD Featuring Production from Platinum Producers Rondo Brothers and Guest Vocalist Casual from Hieroglyphics.

Luck and Lana Kill The Computer is the newest project from world famous underground MC Luckyiam of the Living Legends crew. The veteran MC teamed up with L.A. singer/songwriter/rapper Lana Shea in 2011 to form the group Luck&Lana, which has been described as a “mini-dream team” with “talent that is just exploding out the eyesockets”. By mixing elements of hiphop, dub step, soul, pop and electro, combined with their hard-hitting live show, the duo has “come together like a Hip Hop/Dub Step Bonnie and Clyde” (TheKitchenMix.com) and is turning heads from the LA underground to the blogosphere. 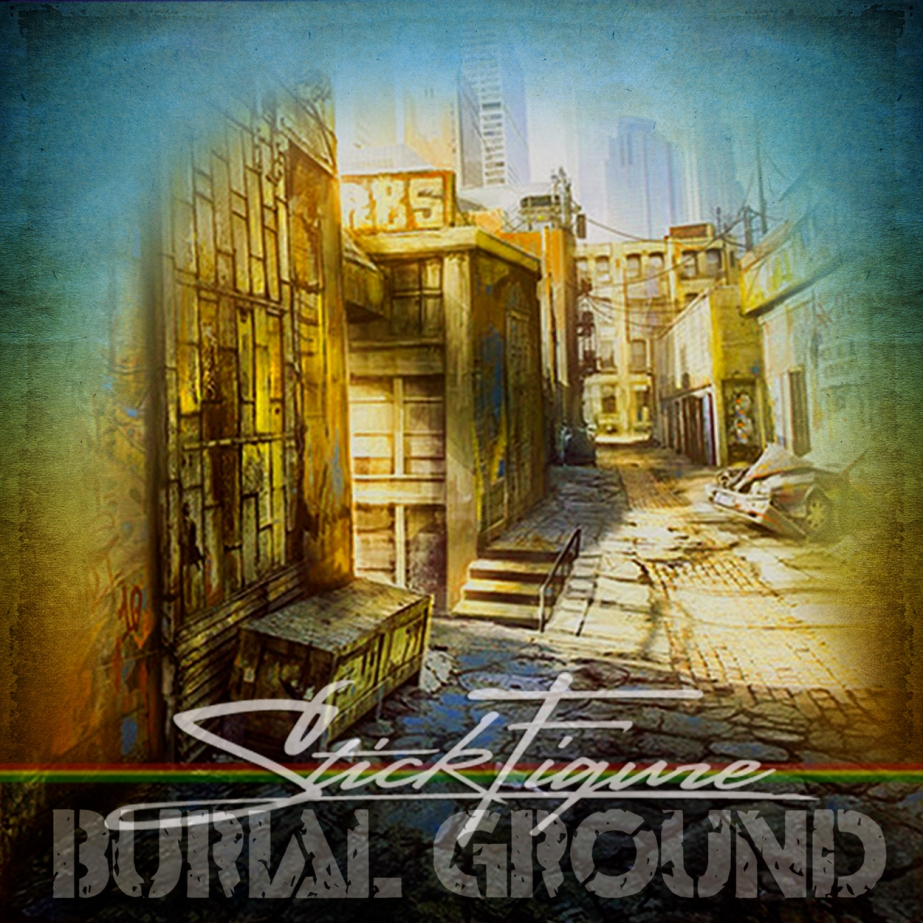 Launched in Duxbury, Massachusetts, Stick Figure showcases the talents of multi-instrumentalist and producer Scott Woodruff. Stick Figure’s music has a unique style that creatively blends upbeat roots reggae with the reverberating echoes of dub. Often referred to as the “one man band,” Scott single-handedly created 4 full length albums from 2006-2012 (a fifth album, “Reprise Sessions,” was recorded with a full band and released in 2010), and has sold over 50,000 albums worldwide. Each of Stick Figure’s songs are created by recording instruments individually, layering tracks on top of one another in unison.

Alice DiMicele – If I Were An Otter: Songs for Kids of All Ages CD 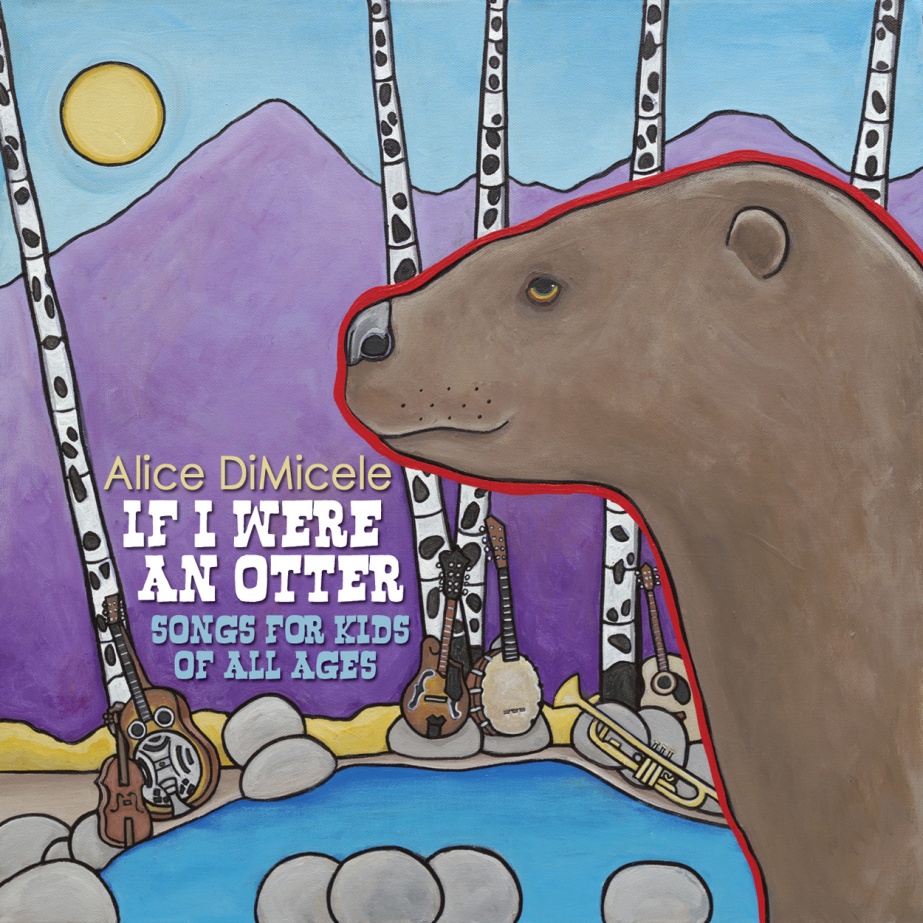 Folk favorite Alice DiMicele is pleased to announce the release of her 12th album, “If I Were An Otter: Songs for Kids of All Ages.” For more than 25 years, Northwest based DiMicele, has been playing coast to coast, her unique blend of Americana, groove folk, and acoustic soul. Well known for her unique voice, original songs, and soulful delivery; DiMicele’s music cele- brates the natural world and the people in it. The new album is her first childrens album, with a strong emphasis on the subti- tle – Songs for Kids of All Ages.

The modern soul songs of Quinn Deveaux, sung in his sweet tenor over a spare guitar or carried by his band’s bright tones, from those gutbucket barrooms where rock-n-roll was born, to the pine-walled shacks, nearby, where its gospel-forebears rent their souls. But this artist’s singular sound, making old tones new, is Quinn’s alone. His acclaimed Blue Beat Review has been thrilling San Francisco’s lovers of rollicking early R&B, and a good time, for years. And now, with two LPs of his own fresh tunes set to drop this fall, the Bay Area’s best-kept secret is stepping out. Get on board: he’ll take you there, wherever you’ve got to go.

What’s To Come is The Highlife Band’s sophomore effort, and takes a much more roots reggae approach than the Seattle 9 piece band’s self-titled debut album. The tunes are all original. Absent are imitation patois accents, recycled standard rid- dims, or sampling from previous recordings. The new compositions feature rockers, bif-baf, dancehall, cumbia, one-drop, and steppers beats, which push the envelope on the reggae genre.

“Shiva Me Timbers,” Che Prasad’s first full-length studio recording, is a musical journey and awakening, showcasing his unique perspective and strength as a multi-instrumentalist through an unexpected and irresistible fusion of rock, flamenco, North Indian classical music and sea shanties. Che Prasad wears many hats. He is a multi-instrumentalist, singer and song- writer–adept at guitar, banjo, ukulele and sitar–having studied with several masters, including songwriting with Ray Davies, guitar with Richard Thompson, sitar with Ali Akbar Khan and flamenco guitar with René Heredia. 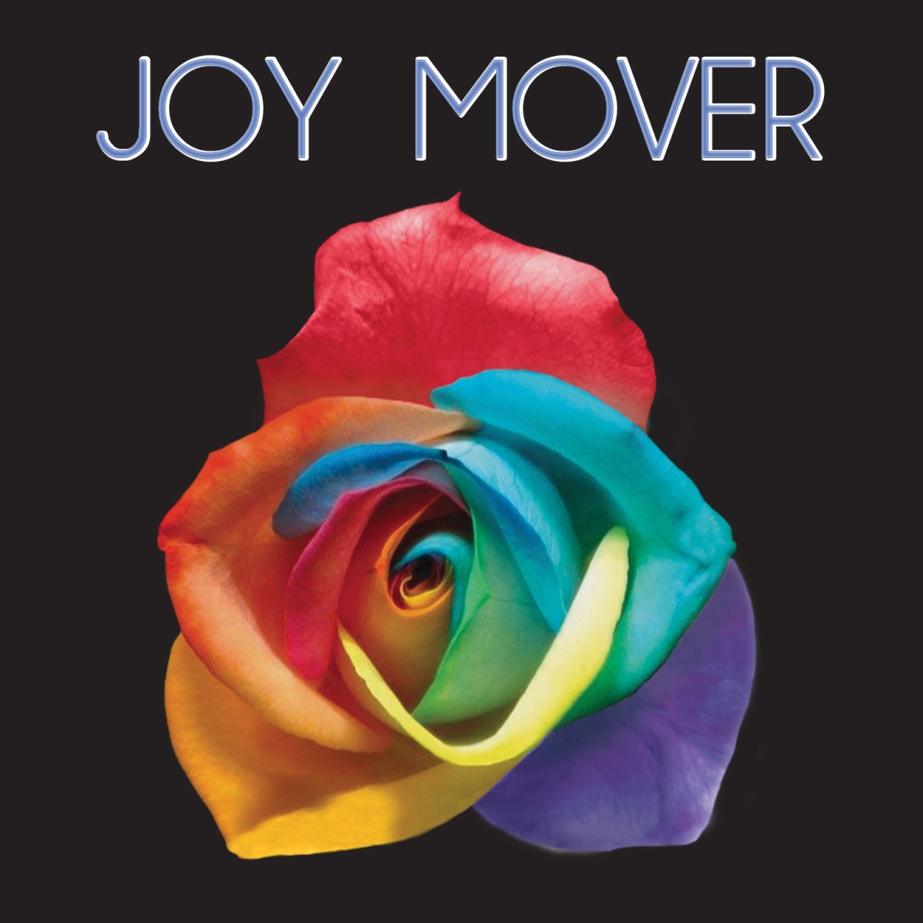 After many years of writing, producing and recording the music that is so very much a part of her DNA, singer /songwriter Joy Mover is taking her first giant step toward actualizing her lifelong vision with the release of her self-titled debut, Joy Mover. To say that Joy’s roots are steeped in music is an understatement. Beginning with her great- grandfather, through her maternal and paternal grandparents and uncles, followed by her parents, brother and cousin, Joy’s family has long been populated with professional musicians and singers.

Born in the ghetto of La Horquetta in Trinidad, Khari Kill discovered at a young age his gift for songwriting and love of reggae music. Khari Kill bases his name and lyrics on his determination to help end oppression, injustice, racism, poverty and evil in both high and low places. Khari performs with high energy and spirit and has delivered his dynamic performances to concert halls throughout Europe, the Caribbean Islands and in the USA since his hit debut single “Picture of Selassie”on the Massive B label, which went straight to #1 on reggae charts worldwide.

Warriors – The Warriors (Live at The Keystone) CD 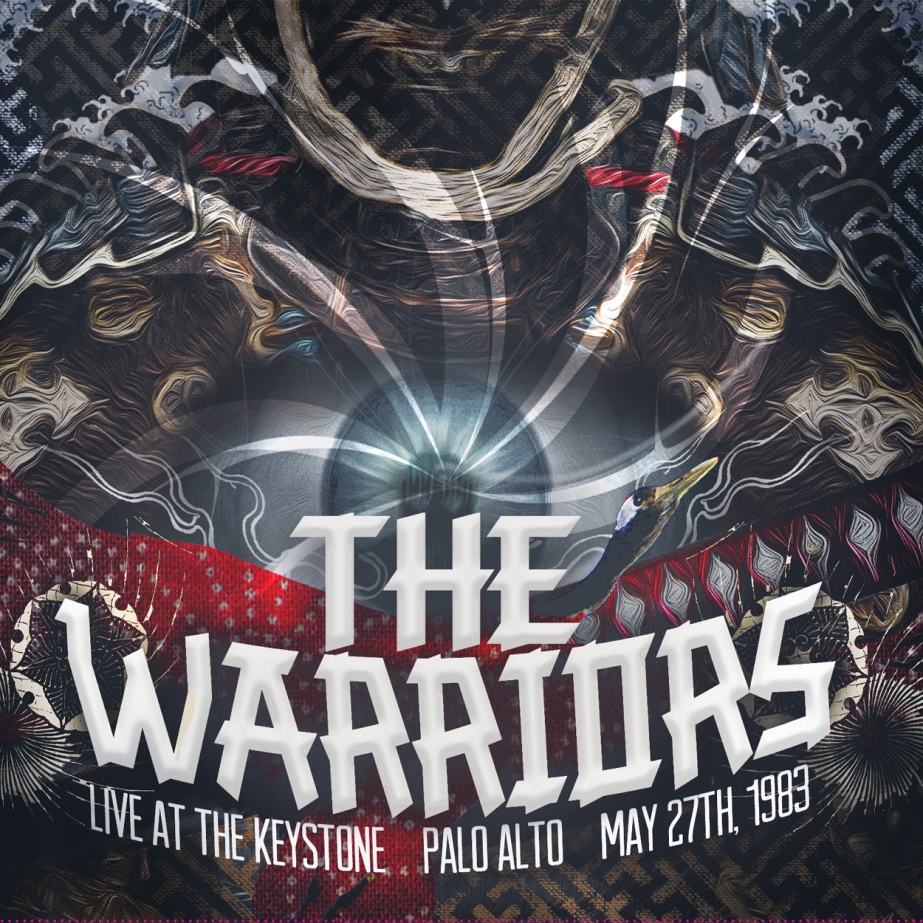 The Infinite Staircase – No Amends CD

After succumbing to the trials and tribulations that is the music industry back in 2009 and going on what was almost a permanent hiatus, brothers Lenny & Jeff Cerzosie reemerge from purgatory with a little help from some friends.In June 2012, what was supposed to be a one day jam session with an old friend for Lenny’s birthday turned into the resurrection of the band. That “old friend” was former touring mate Morgan Rose of Sevendust.